< Google to Pay $1 Billion to News Publishers
Update Required To play the media you will need to either update your browser to a recent version or update your Flash plugin.
By Gregory Stachel
08 October 2020


Google's parent company Alphabet announced plans this month to pay one billion dollars to news media for their stories over the next three years.

Reuters news agency says the move could help Alphabet win over a powerful group at a time of growing concern about technology companies and the rules that govern them. 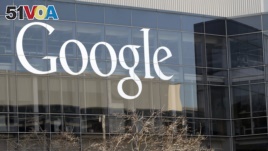 For years, traditional news media have fought the world's most popular internet search engine. News publishers want to be paid for their stories, pictures and other content. European media groups have been leading the fight.

The head of Alphabet, Sundar Pichai, announced last week that a new product called Google News Showcase will launch first in Germany. The company has reached agreements with German newspapers including Der Spiegel, Stern, and Die Zeit. In Brazil, Alphabet has deals with the publications Folha de Sao Paulo, Band and Infobae.

Google News Showcase will also use content from news media in Belgium, India, the Netherlands and other countries. About 200 publishers in six countries have signed up to the product. The six are Argentina, Australia, Britain, Brazil, Canada and Germany.

"This financial commitment - our biggest to date - will pay publishers to create... high-quality content for a different kind of online news experience," Pichai said.

The product will give publishers the ability to choose and present their stories on Google News. The service will be offered first on Android devices and then on products made by Apple.

The Spiegel Group's Stefan Ottlitz noted, "Google shows that they are serious about supporting quality journalism in Germany. We are happy to be part of [News Showcase] from the start."

The European Publishers Council was critical of the project. The council's members include News UK, The Guardian, Pearson, The New York Times and Schibsted.

Angela Mills Wade is Executive Director of the EPC. She said that by launching this product, Google can dictate terms and conditions, and possibly affect legislation designed to create conditions for a fair negotiation. At the same time, she noted, the company can say it is helping to finance news production.

Publishers in France have often criticized Google. Yet the company is now negotiating with them. Australia wants to force Google and Facebook to share money earned from advertising with local media.

Other internet publishers are also critical of Google. They note the company is paying news organizations but not weather websites or for other content.

content – n. the ideas, facts, or images that are in a book, magazine, speech, or movie

commitment – n. the promise to do or give something

journalism – n. the activity of writing for newspapers, magazines or news websites or preparing news for broadcasts

What do you think of this new form of media? We want to hear from you. Write to us in the Comments Section.